Where do you want to go?

When do you wish to travel?

How many people are traveling? 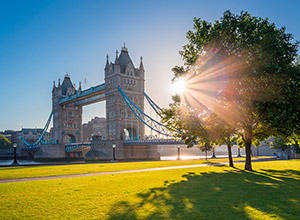 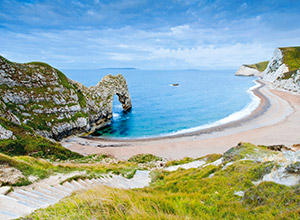 Enjoy the variety offered by Great Britain from your holiday home

Great Britain or the United Kingdom consists of England, Scotland and Wales. All these countries have the same head of state, King Charles III.

These countries all have in common the fact that traffic drives on the left and they have the same flag: the Union Jack Flag. However, the differences between the countries of Great Britain are rather stark.

You will be amazed by the diversity of countryside, for example. In the south of England you have the impressive coastline and beautiful historic cities and picturesque villages are plentiful can be found throughout the country. During a visit to Scotland, the famous Scottish Highlands are a must! Breathtaking mountains and lakes make for a stunning view here. And who knows, you might see the famous Monster at Loch Ness Lake! In Wales you can marvel at the hills and mountains and treat yourself to visits to the national parks.

If you like cultural excursions, a holiday to Britain is ideal! England has several historic cities, such as Canterbury and Oxford in the south of the country. Large modern cities like Liverpool and Manchester are located in the north and the capital London is located in the southeast. The numerous sights in London alone will make your holiday to Britain an unforgettable experience. Big Ben, The London Eye and Buckingham Palace are just a few examples.

Scotland's capital, Edinburgh, also boasts a large number of historic buildings, which are well worth a visit. In Wales you can visit castles, such as Chepstow, and national parks such as Snowdonia. You can visit all these sights from your holiday house in Great Britain!</p>

With its wonderful countryside, Great Britain is an excellent destination for those who love sporty walking holidays. For lovers of both coastal and mountainous regions, Great Britain has beautiful hiking trails.

If you choose a route through England, you will pass through picturesque villages, countryside or hills, such as Lake District. In Scotland you will find the rougher mountain areas with the Highlands as the absolute highlight! Wales is known for its miles of coastal paths and hilly landscape.

Would you rather explore Great Britain on a mountain bike? No problem, there are plenty of opportunities for this too. Get your sporting heart racing in Britain!

Book your holiday property in Great Britain now! For example, you can book a family friendly villa or Loch Tay apartments.

Quality is our number one priority

Every property is checked before your arrival to ensure the best possible stay.

Make the most of our experience

Key collection is arranged by our helpful staff. Available 24/7 or on-site service to help you with all your questions, e.g.: tips and insights for your holiday destination and your booked accommodation.

Be your own boss, eat whenever you want and make the most of plenty of space for all your friends and family.

It has never been easier to find your perfect holiday. Do you want to explore new travel destinations? There is no better way than doing it in a holiday home: Enjoy "la dolce vita" in Italy, feel the charming lifestyle of the French Riviera or the Spanish way of life. Be inspired by our travel ideas and book online - quick, easy, and secure with Interhome.

Your stay in a holiday house or a holiday apartment offers plenty of advantages: spend your time exactly as you want. No disturbance from other guests or hotel staff, just spend your holiday according to your own rules. Whether you are looking for a city trip, a relaxing holiday with your family or with friends. Simply enjoy lots of room, flexibility and freedom in your holiday home.